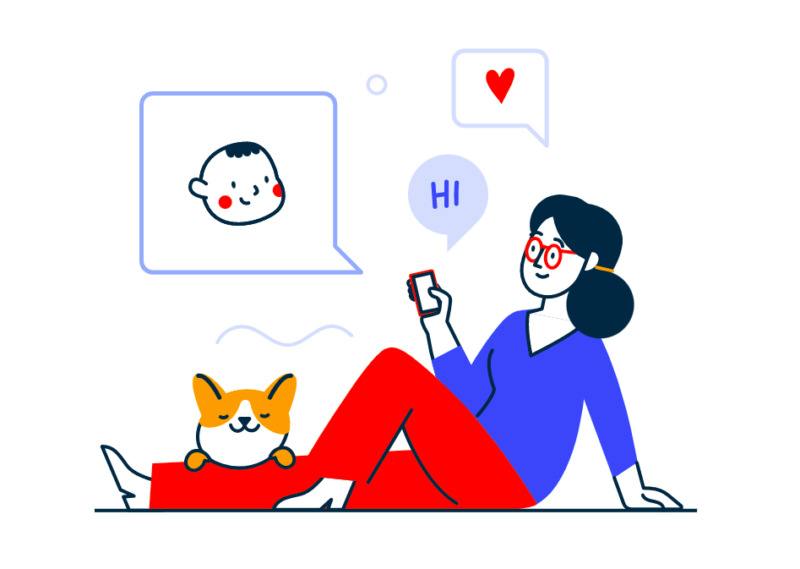 Until a week ago the Parents app was nowhere near our expectations.

For almost two years we had to live with its shortcomings and a constant sense of imperfection.

For one, we needed a new user interface (UI), but we couldn’t address it until we tackled the stability issues plaguing the app, which were considerable.

We knew that we couldn’t work on the new design without a stable foundation to build upon.

Just like a solidly built house withstands any weather conditions, from high winds and downpours to extremes in temperature, we needed to develop an application that would work, bug-free, on any phone before worrying about the way it looked.

Think about it, there are over 24,000 smartphone models! They each have their own screen size and other peculiarities depending on brand, model or firmware version. With so many variables problems always crop up where you least expect to see them. Sometimes it almost feels like an impossible feat to get an app working across all these devices.

This is to say that, after many months of work, we got to the point where 99% of cases were covered, and finally, we were able to devote our time to design.

In search of Michelangelo

If you want a real challenge, mobile application design is for you.

Missing the mark is as easy, and the result might be even more awkward than a teenager’s first attempt at applying make-up when the parents ask if she’s getting ready for an early Halloween.

Since a phone’s screen provides limited real-estate there is a constant struggle to maintain the balance between a beautiful UI and functional design on a space the size of one’s palm.

We understood what we were up against.

We needed an expert to help us make sure that the future Parents app didn’t inspire a brand new Jim Carrey comedy comeback.

We went looking for a designer, or better said, a design team. We spread the word in Romania for a year, and then spent 3 months searching beyond our borders.

We wanted to find our ‘Michelangelo’, someone who could understand what we wanted down to the nitty-gritty and then translate those needs for us into an application UI.

Eventually we stumbled upon a Polish team with stellar reviews. They had big clients, like Google, and we were deemed ‘too small’ for them. Those weren’t easy discussions, early on, but eventually we found we were all on the same page, and that it made sense for us to work together.
At the time, the app was meant to be used by All About Parenting clients and their invitees only. Although the design was far below our expectations, it still made it into the Top 100 in Educational apps on the App Store in Romania, even though it wasn’t open to all users.

We are so excited to finally release a Parents app whose design is not only functional, but also  sets the standard and reflects our goals.

An easy to navigate and friendly design.

It is a stylized blossom; a burgeoning sprout blooming into maturity.

It is a symbol of growth and evolution, inspired by nature.

The logo signifies both our growth as parents as well as the growth of our children.

Features you may not have known about

Let’s go through some of the features that got an overhaul with the new design:

We’ve split these two sections, making them both easier to access.

In the Q&A section you can post anytime you try out some of the All About Parenting methods and you have questions.

The section is positioned right in the middle of the screen, as shown in the image below.

In the Tasks section you can begin to apply what you’ve learned in videos, as shown in the below image, on the right.

When you tap the Clap button you can show your appreciation for a post. You can clap as many times as you like.

The point of this feature is to send all that positive energy across to the other side of the screen. The haptic feedback (vibration) is enabled so that there’s a real physical response attached to it and to better express that feeling.

You can watch a video or episode on your TV or laptop with a couple of taps.

You just need to tap the top corner of the screen on the icon that’s circled in the below image.

4. Listen while you drive

There’s a simplified ‘driving mode’ where only the audio is playing while you’re on the road.

Tap the car icon in the image circled below and then hit the Play button.

There is a lot more to the new Parents app than what we’ve shown here, and you’re invited to download it and have a look for yourself.

What do you do now?

If you’re on an iPhone, follow the steps below:

PS: The old Parents app will no longer receive any updates and we recommend you uninstall it.

If you’re on an Android device, all you need to do is update the app to the latest version.

With love,
The Parents team

If you have any issues using the new app, or if you have any feedback for us, send us a message by navigating to Settings > Help > Contact us, OR send us an email at app@parentsapp.co